Often ranked the best Irish traditional fiddle duet album OF ALL TIME. Also wackiest cover art OF ALL TIME. Seriously though, it’s good. Lots of the old polkas and slides, but also four count em four slow airs, played within an inch of their lives. Nearly every track on this album has become a classic set. Can’t say enough about it. Get it.

After you’ve listened to the album 100 times or so, check out this episode of RTÉ’s The Rolling Wave that discusses the making of the album and the impact it’s had since it dropped: 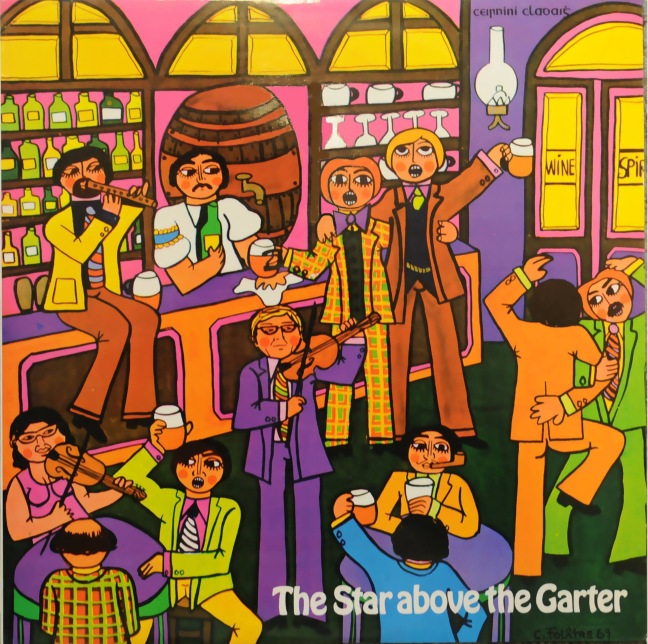 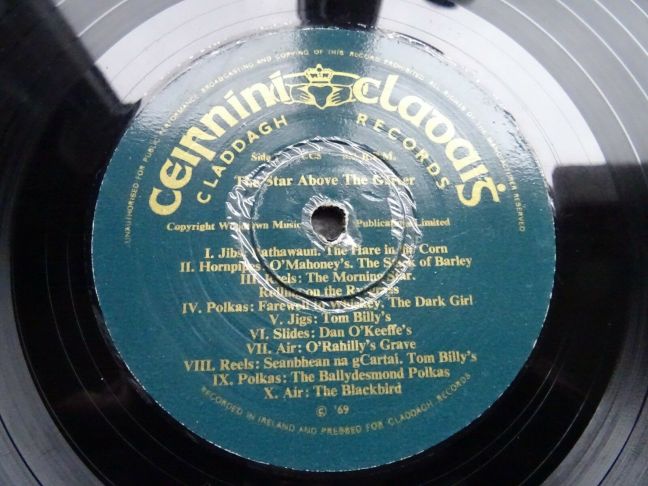 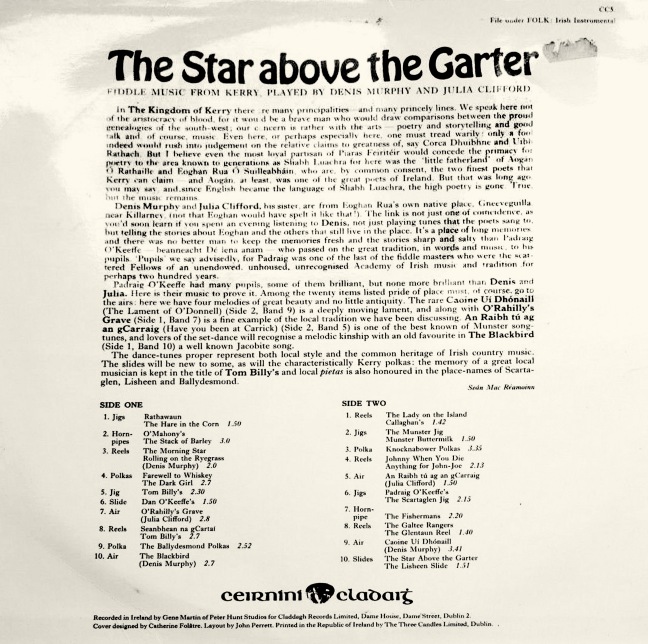 Claddagh Records recently went out of business. Until this album is up for purchase again, you can download the tracks here.

5 thoughts on “The Star Above the Garter”