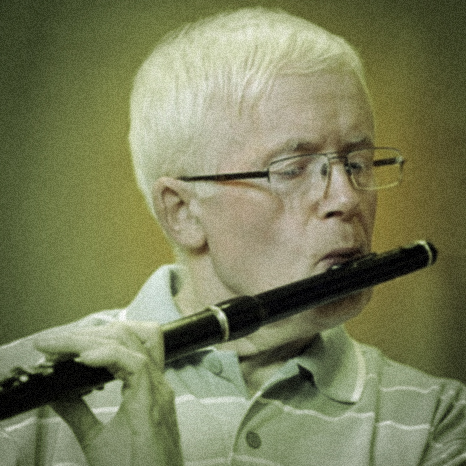 Billy Clifford (born 1943) is the son of John and Julia Clifford and one of the few Sliabh Luachra musicians whose primary instrument is the flute. He was born in London, surrounded by a large community of Irish musicians, and hearing the music at home as well as in the dance halls at which his parents performed, it was only natural he would pick it up himself.

He frequently visited Kerry on holidays with his mother as a young boy, and at the age of nine he was sent to his grandmother, Mainie Murphy in Lisheen, for an extended stay. It was at this time that he started to learn the tin whistle, and his grandmother gave him his first tune. He was also mentored by the Murphy’s neighbor Art O’Keeffe who played the whistle himself. In fact another local whistle player, who went by the colorful name of Dan Dave Dan Cronin, befriended him as well — it must have seemed to the impressionable boy that the whistle was the predominant instrument of the area! Near the end of Billy’s stay in Lisheen, his uncle Denis Murphy returned from America for a time, and furthered Billy’s musical education.

Not long after, the Cliffords sent for Billy to join them at their new home in Newcastlewest, Co. Limerick. Perhaps upon realizing Billy’s advanced musical ability, John Clifford was inspired to form the Star of Munster Ceili Band in 1955. The core of the group consisted of John, Julia, and Billy, together with Liam, Pats, and Biddy of the musical Moloney family from nearby Templeglantine. The band was soon in demand for dances all over, as far afield as Roscommon and even Dublin. Denis Murphy would sometimes join them for the more prestigious gigs. They even performed on Radio Éireann on a number of occasions, though to his chagrin Billy was disinvited by the producers as they felt the whistle was not a “real” instrument!

Despite the relative success of the band, times were hard, and in 1959 the Cliffords moved back to London to find work. Once more they became fixtures of the vibrant Irish music scene there, and it was around this time that Billy “graduated” from the whistle to the flute, learning from Sligoman Johnny Gorman, among others. His musical development continued with the opportunity to play with the likes of Bobby Casey, Kevin Burke, Raymond Roland, Roger Sherlock, Joe Ryan, and countless others.

In 1969 Billy struck out for himself and moved back to Ireland for good, eventually settling back in Tipperary where he married and began raising a family. He soon became well-known locally as a performer and music teacher. Having lived abroad and traveled so much, Billy’s style and repertoire reflect more influences than just the Sliabh Luachra tradition. Nevertheless, he’s a proud keeper of the flame and a living connection to the previous generation, and as such is rightly regarded as a major figure of Sliabh Luachra music. 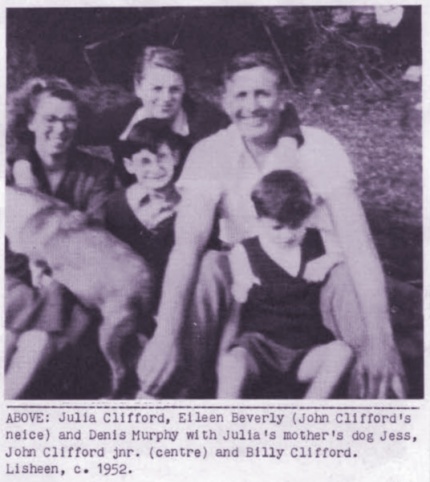 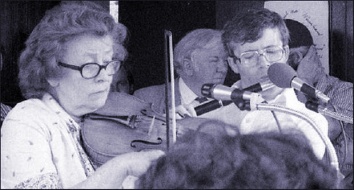 ITMA interviews with Billy regarding his time with the ceili band: http://www.itma.ie/digitallibrary/playlist/billy-clifford-brian-lawler

Billy’s My Life and Music essay