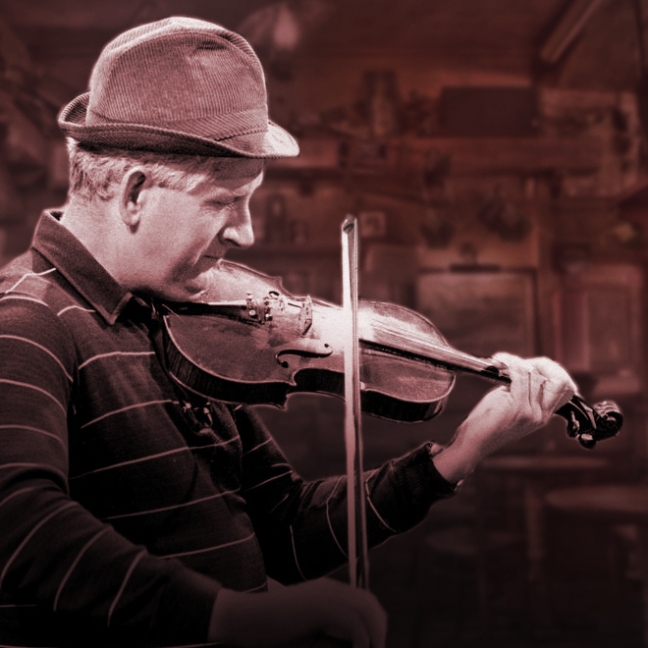 Denis “The Hat” McMahon (1941-2018) was a respected fiddle and accordion player, teacher, and an authority on Sliabh Luachra music. Originally from Churchtown, Castleisland, he settled in Ballyhar, between Killarney and Farranfore. As a youngster he learned fiddle from Jerry McCarthy, and continued with lessons on the accordion from Pádraig O’Keeffe. At some point his friends Nicky McAuliffe and Jack Regan convinced him to pick up the fiddle again. In the late 60s he spent two winters working and living in London where he often played with his fellow expats Con Curtin and Julia Clifford. Back in Kerry he was a member of the famed Brosna Ceili Band and the Desmond Ceili Band and had a fruitful musical partnership with Connie O’Connell. When Mike Kenny broached the idea of what was to become the Patrick O’Keeffe Traditional Music Festival, Denis was an early and enthusiastic supporter. He was quite often featured on radio and television, being a great exponent and historian of the local music, and had innumerable stories about his old teacher Pádraig O’Keeffe and others of his generation. At the 2010 Castleisland Festival, Peter Browne presented Denis with an award for his dedication to the music of Sliabh Luachra. 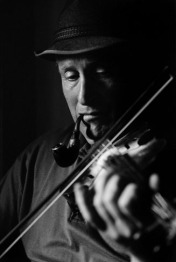 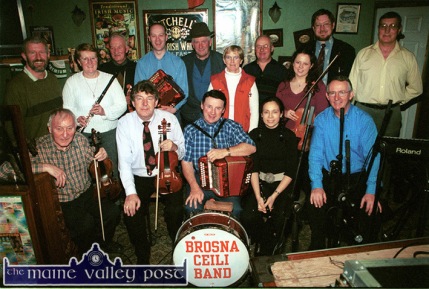 Jerry McCarthy (left) and Mikey Duggan (centre) pictured with Denis McMahon as they played on the opening night of the first Patrick O’Keeffe Traditional Music Festival in 1993. Photograph: John Reidy 22-10-1993

RTE Radio presenter, Peter Browne (centre) presenting the award for dedication to the music of Sliabh Luachra to Denis McMahon at the concert at the Ivy Leaf Art Centre on Saturday night. Included are: John Brosnan seated with the festival committee’s Mike Kenny and Cormac O’Mahony. Photo by John Reidy 24/10/2010 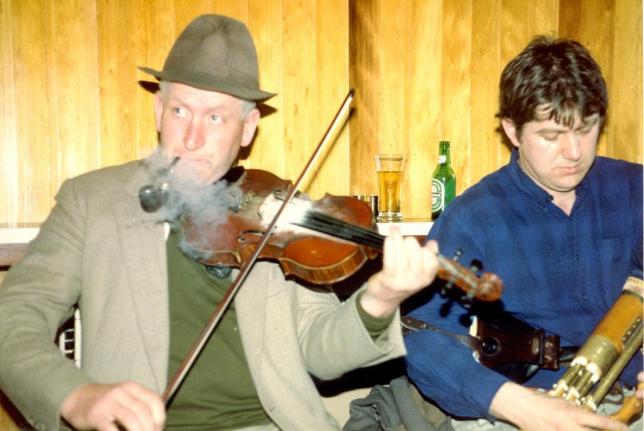